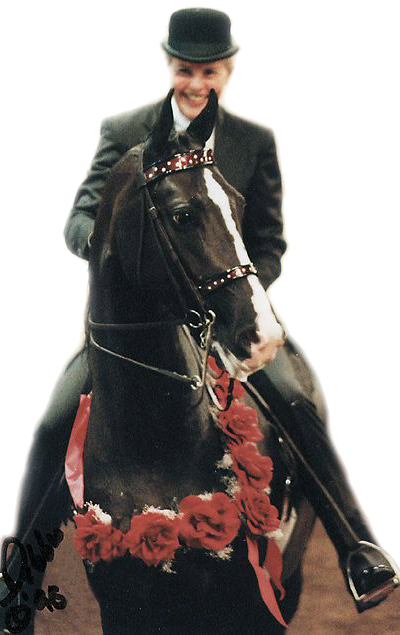 Twice World Champion Ladies Park Saddle, On Center Stage enjoyed a fan club throughout her show career that spanned 17 years. A mare with tremendous heart, she was a product of the “golden cross” of Serenity Masterpiece to Dee-Cee Mr. Trophy daughters that has given the Morgan breed so many wonderful horses like Pompp And Pazazz, Minion Masquerade, Prelude To Passion and Cherries Wild.

She took a break from her show career to produce four foals, including two notable show horses as well as our good producer, Salem Starstruck. Her first foal, Graywood’s Arthur (by RJM Pardon My French GCH), has matched his dam for longevity in the show ring, earning tricolors from 2002 to the present day and including a World Championship title in Jr. Exhibitor English Pleasure and numerous Grand National accolades. Another foal, Uptown Brown (by AFF Leroy Brown), has only just begun his show ring career and already has a Reserve World Championship to his credit.

On Center Stage has earned her retirement here and is the shares her queenly duties with Trade Secrets. 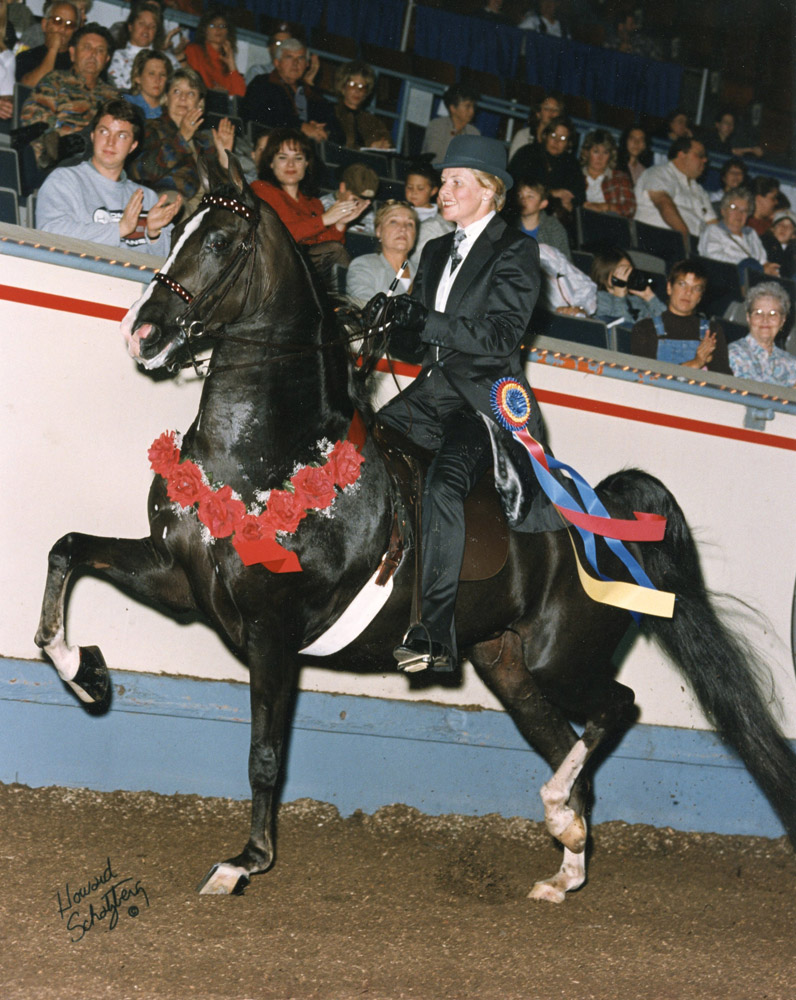 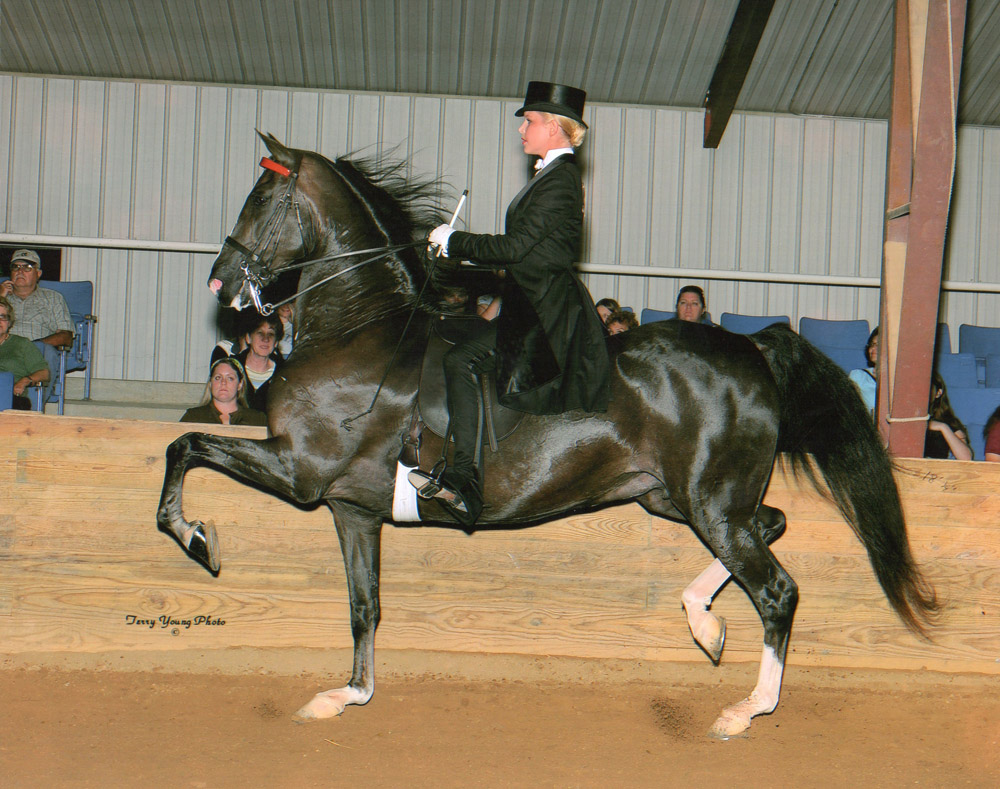 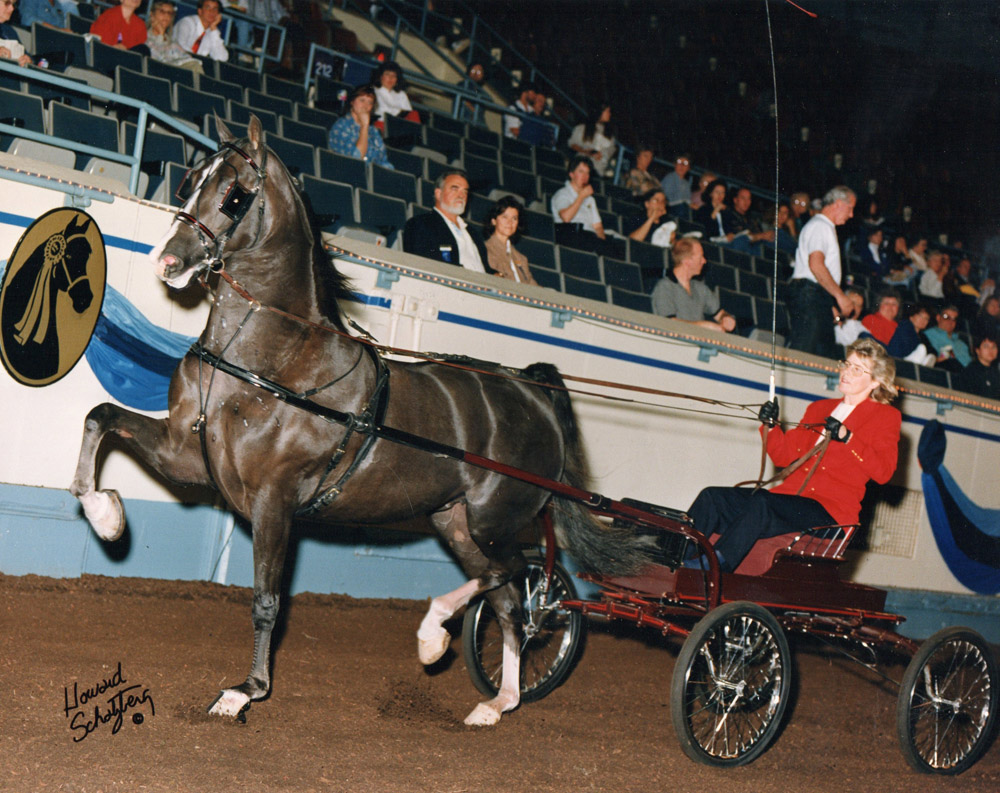 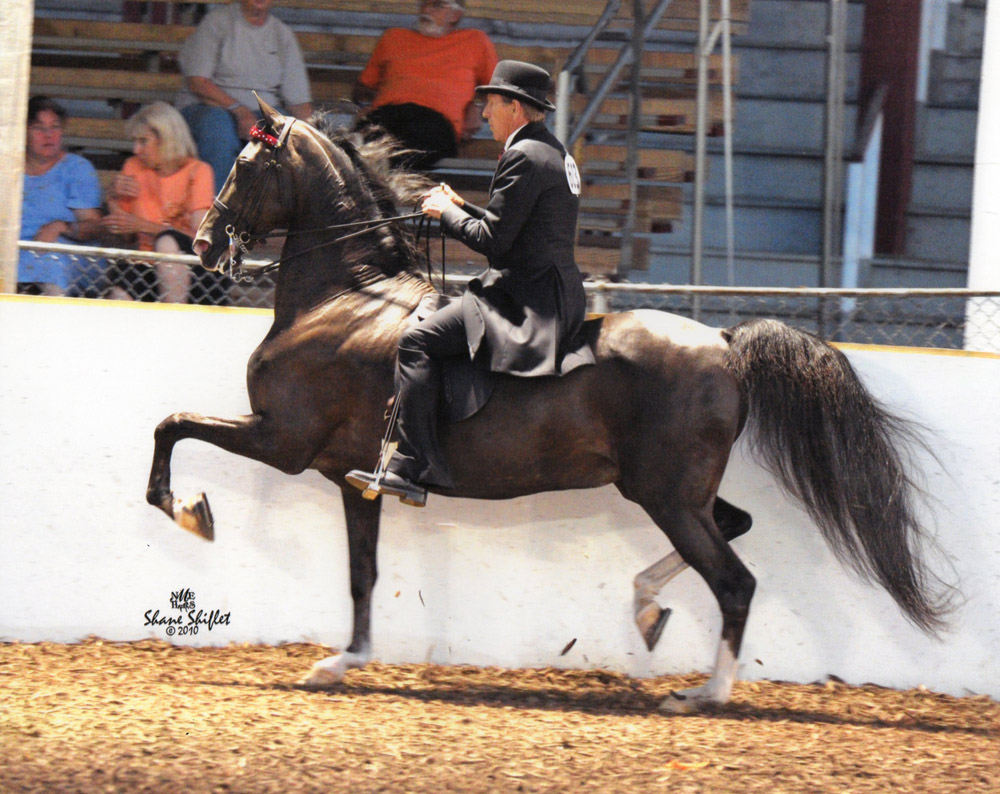 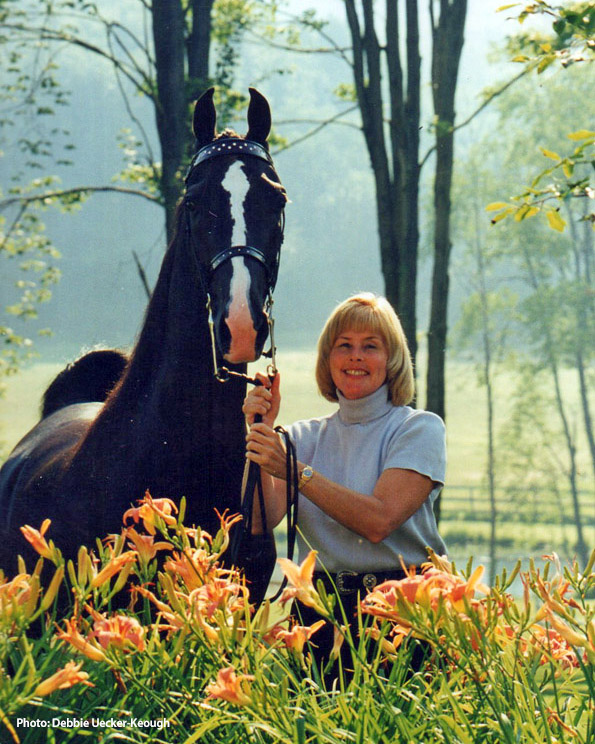 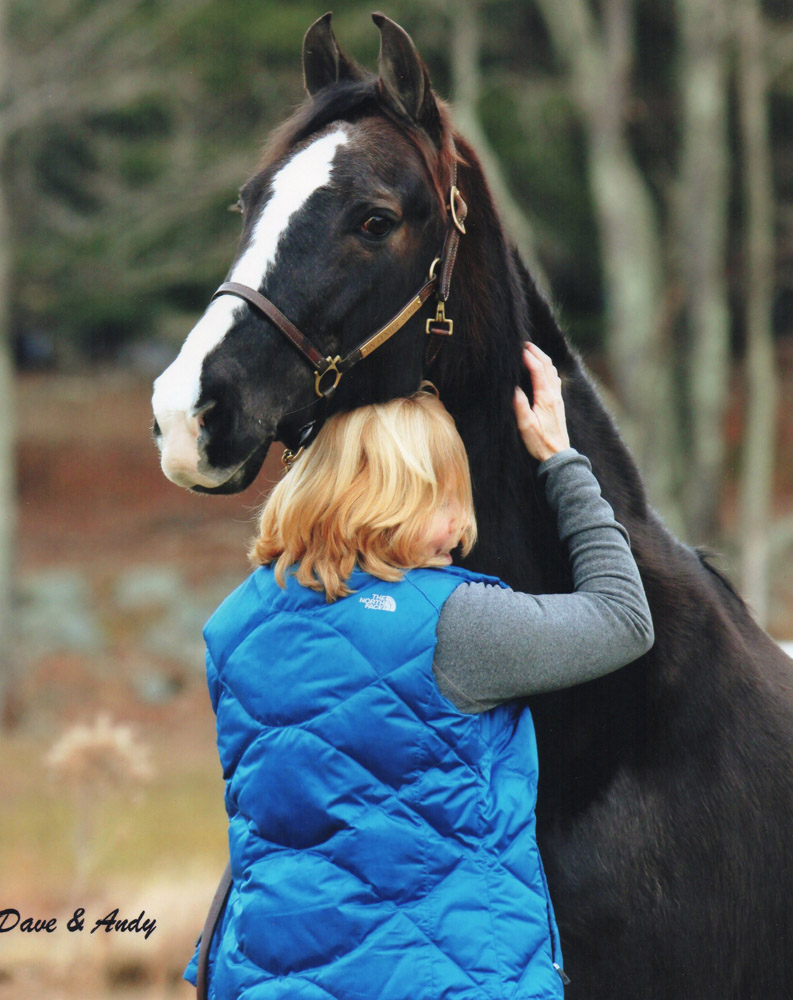 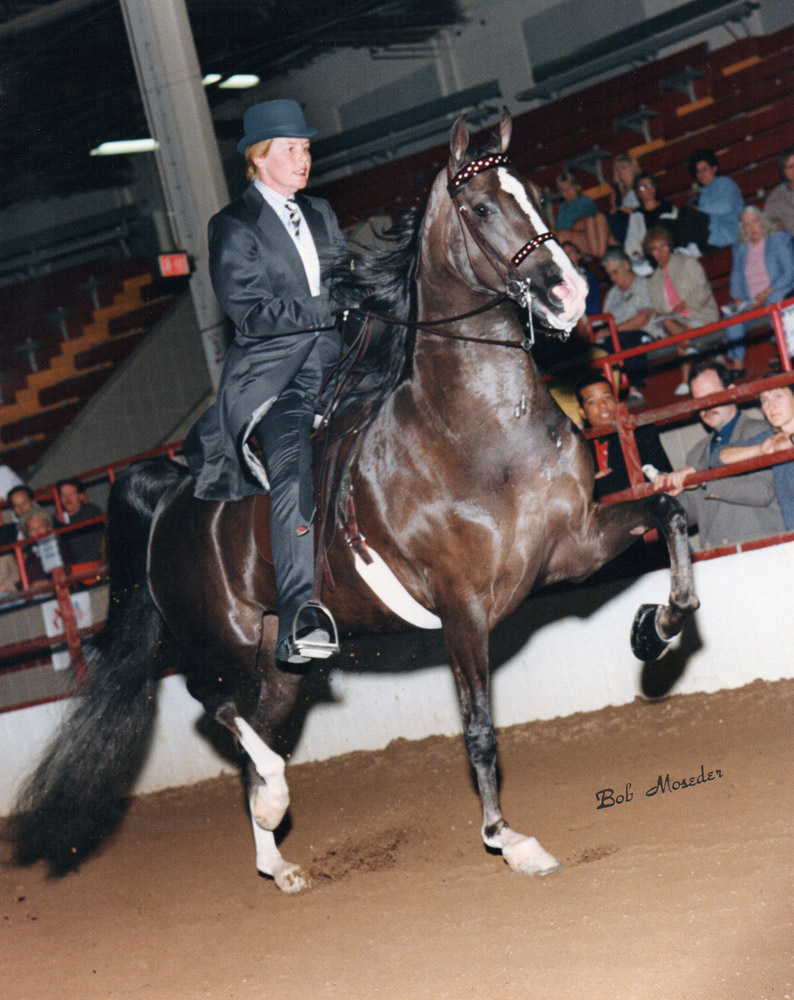 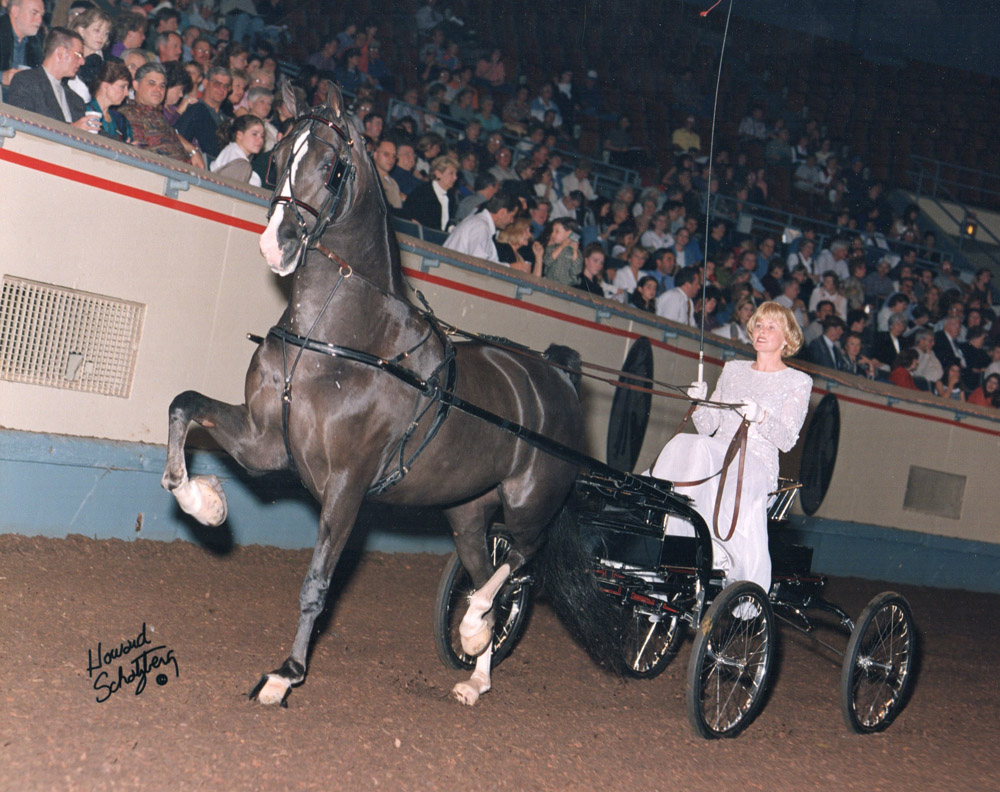 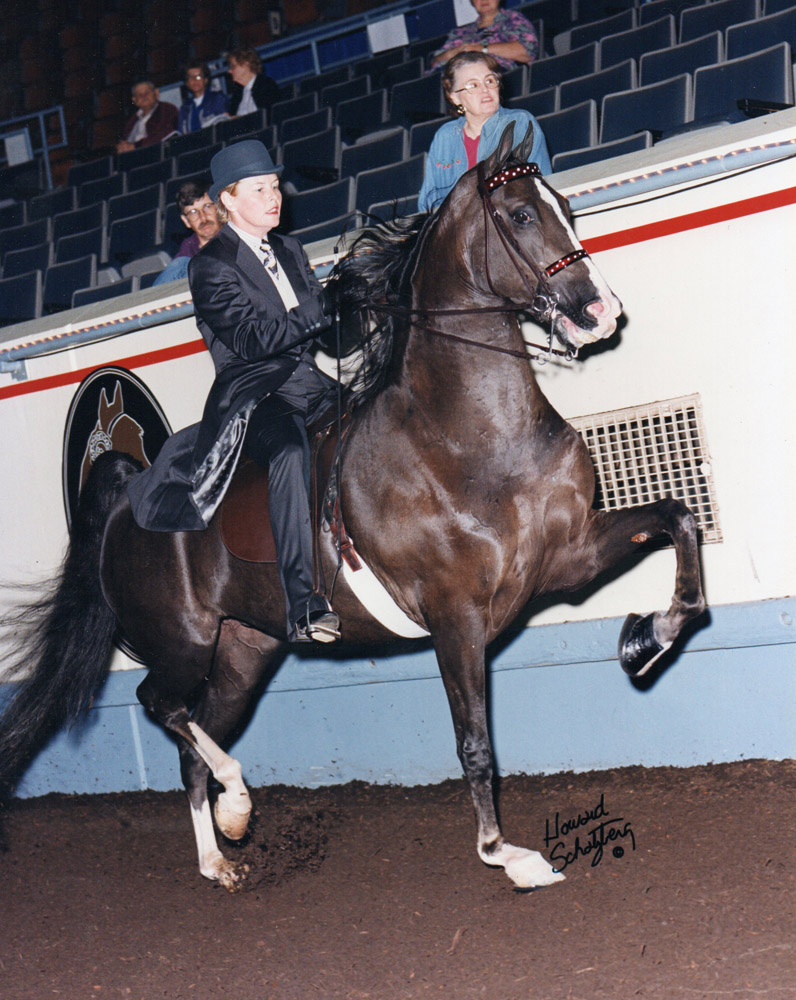 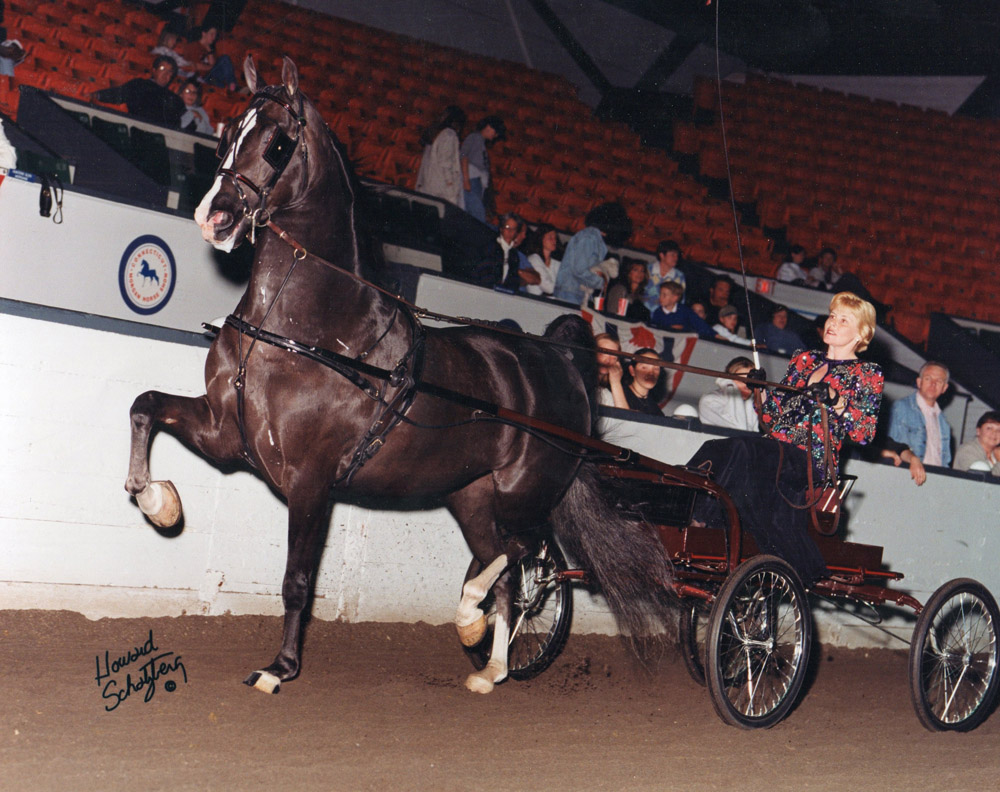