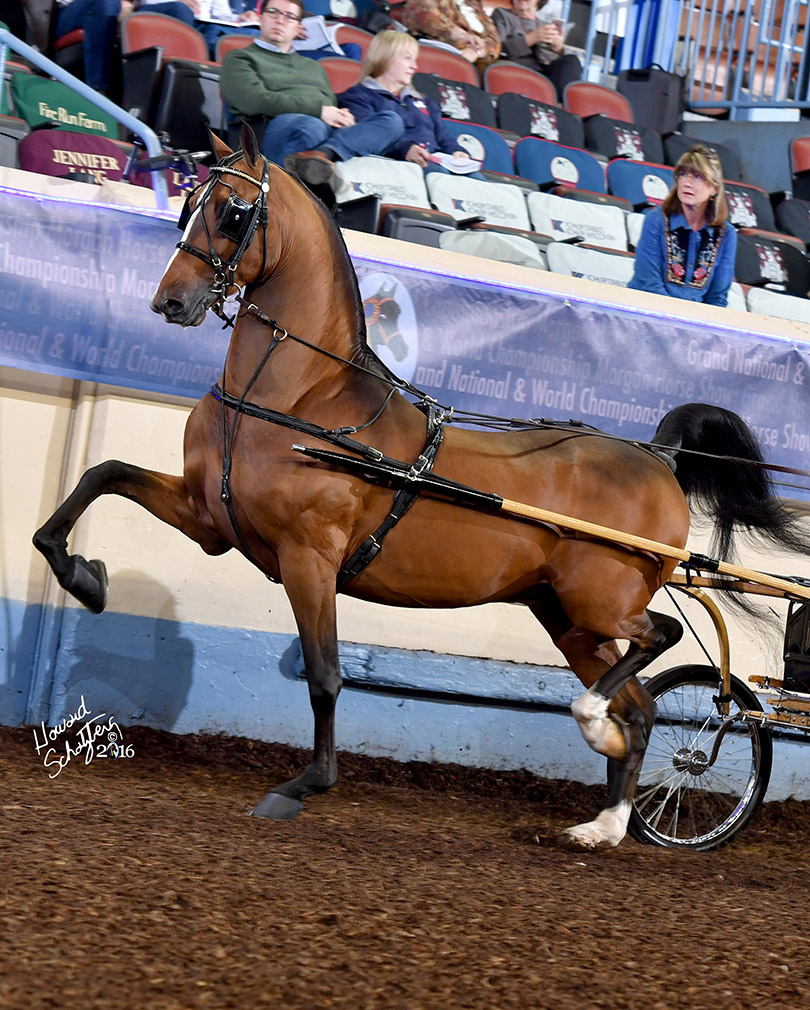 Bazinga has been attracting attention from astute horsemen since his show ring debut at Northampton in 2015. He has entered a total of 16 classes in the very best of competition and received nine wins and six seconds. He was also the unanimous World Four Year Old Park Harness Champion.

Still developing, we anxiously await his park saddle debut. We are also excited about Bazinga’s potential in the breeding shed, as his first foals begin to hit the ground in 2017. 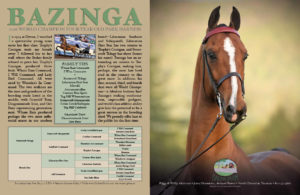 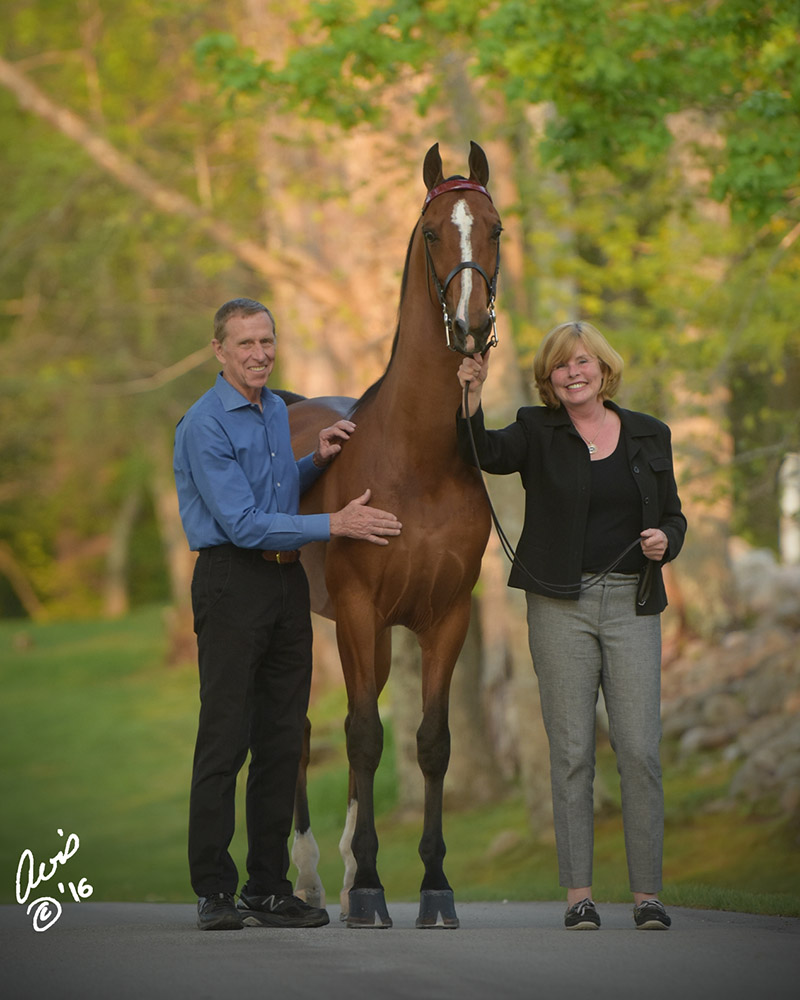 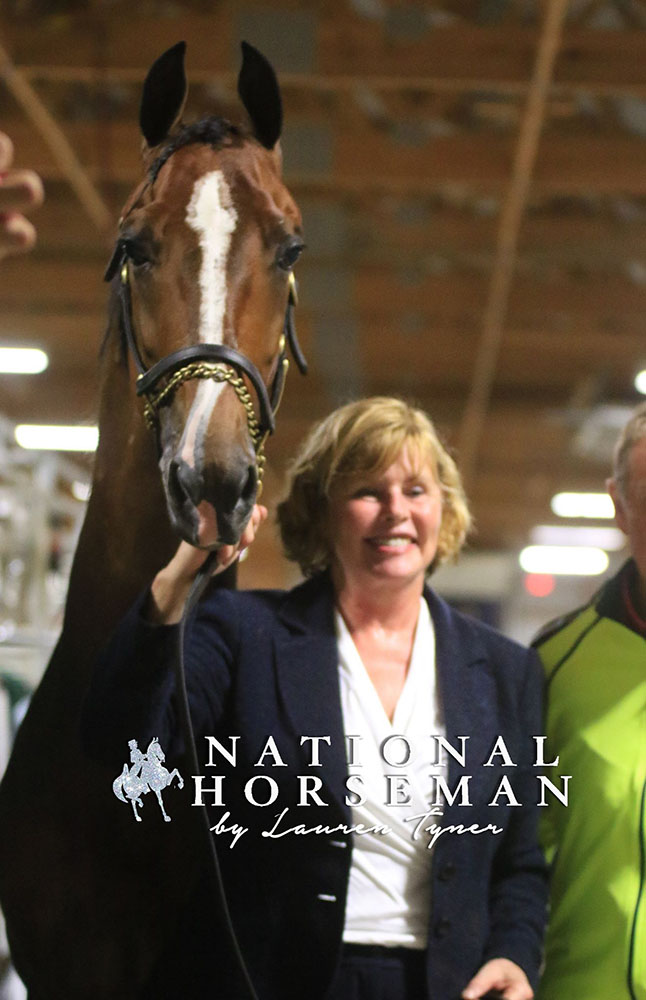 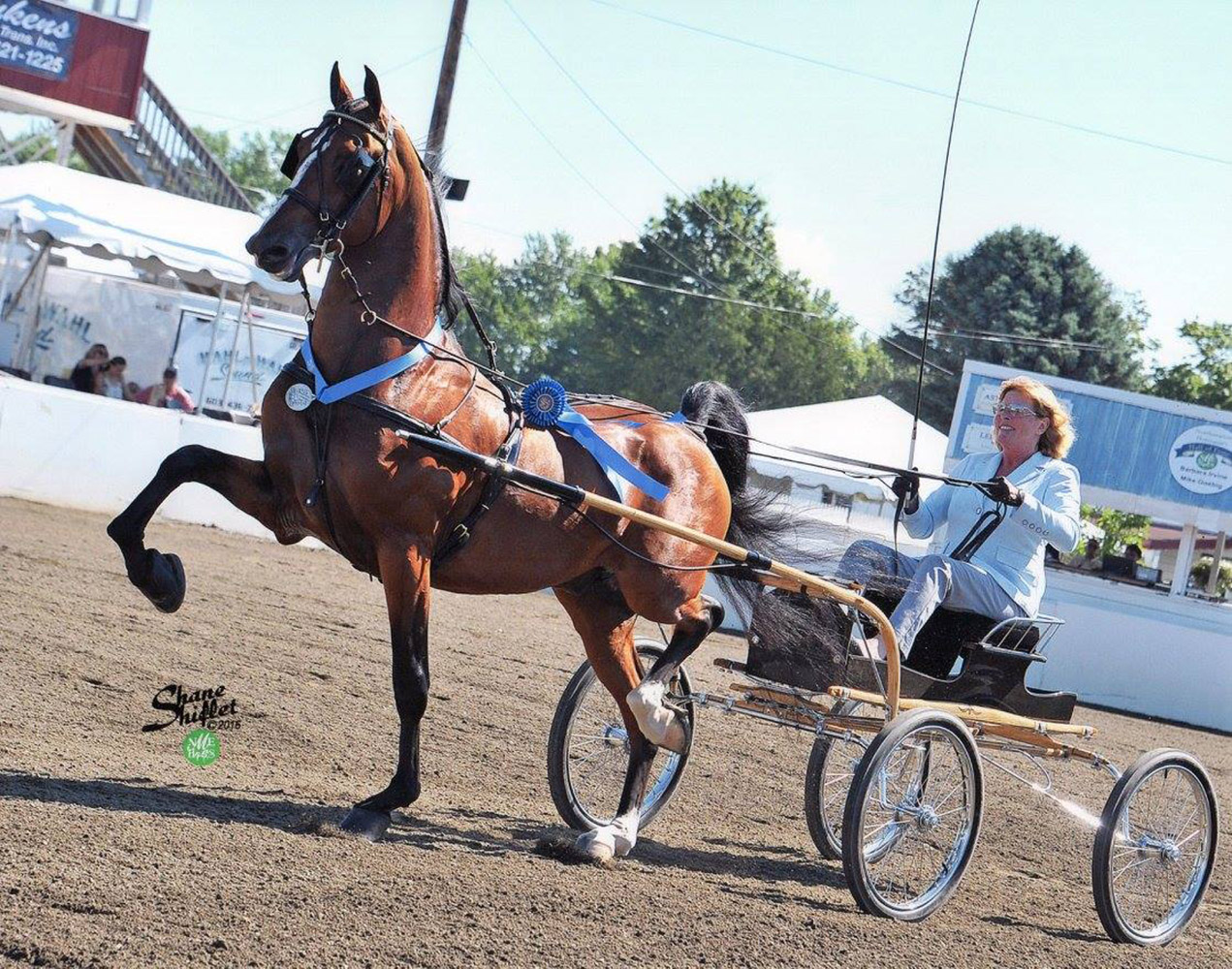 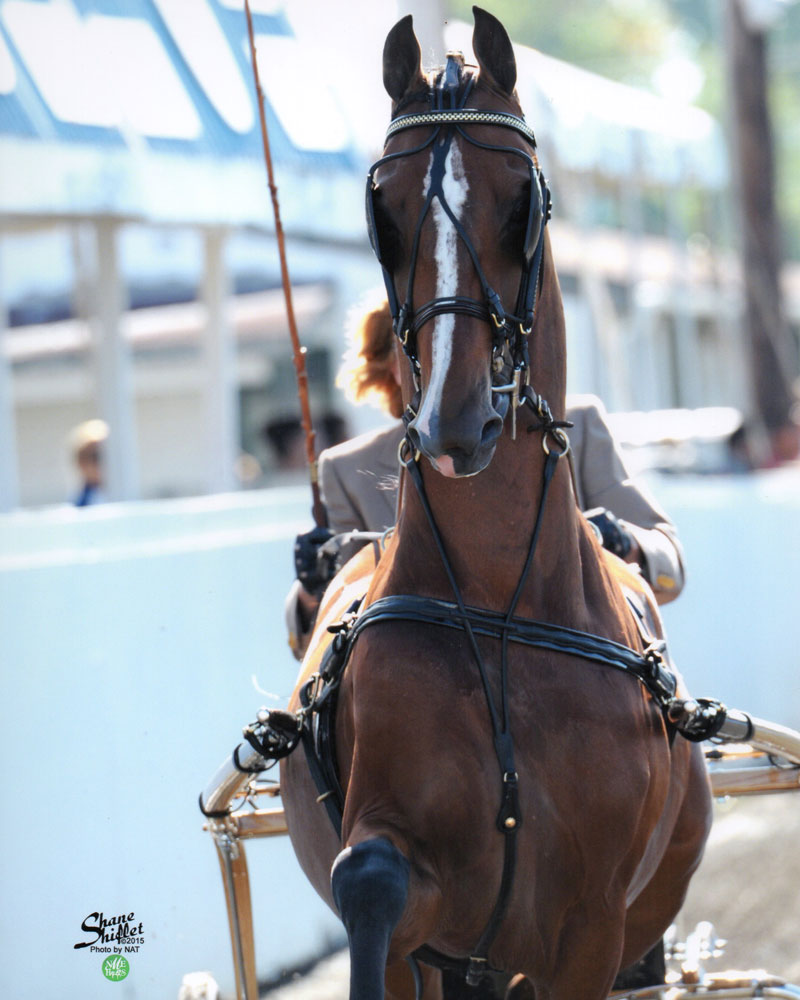 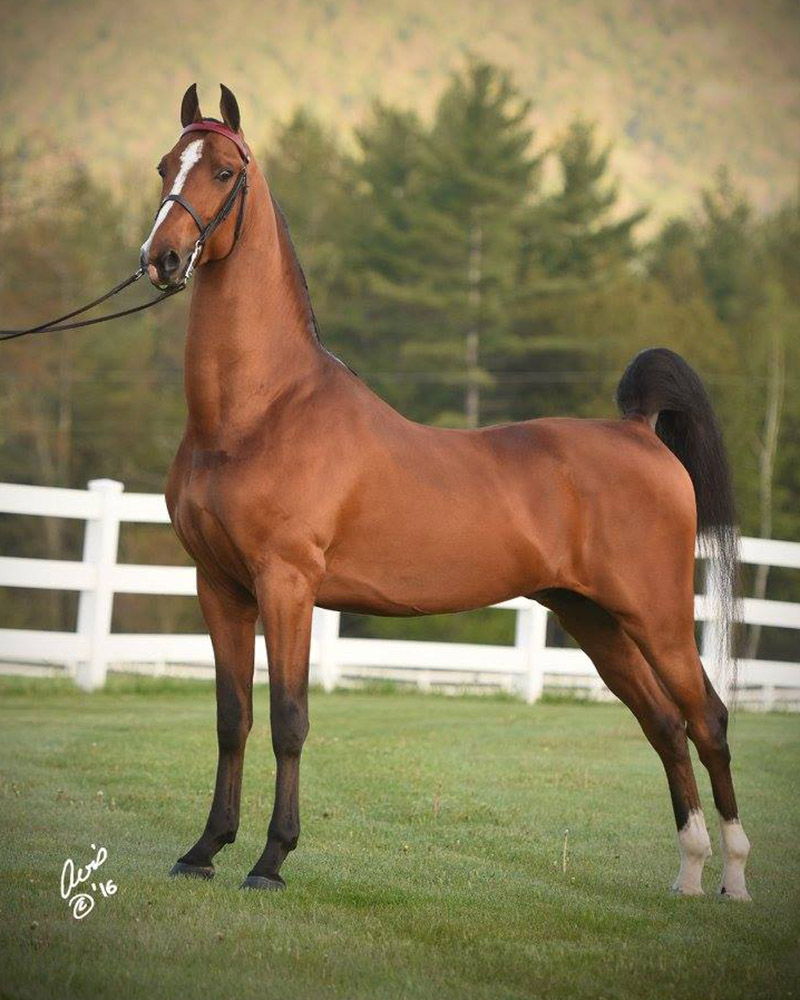 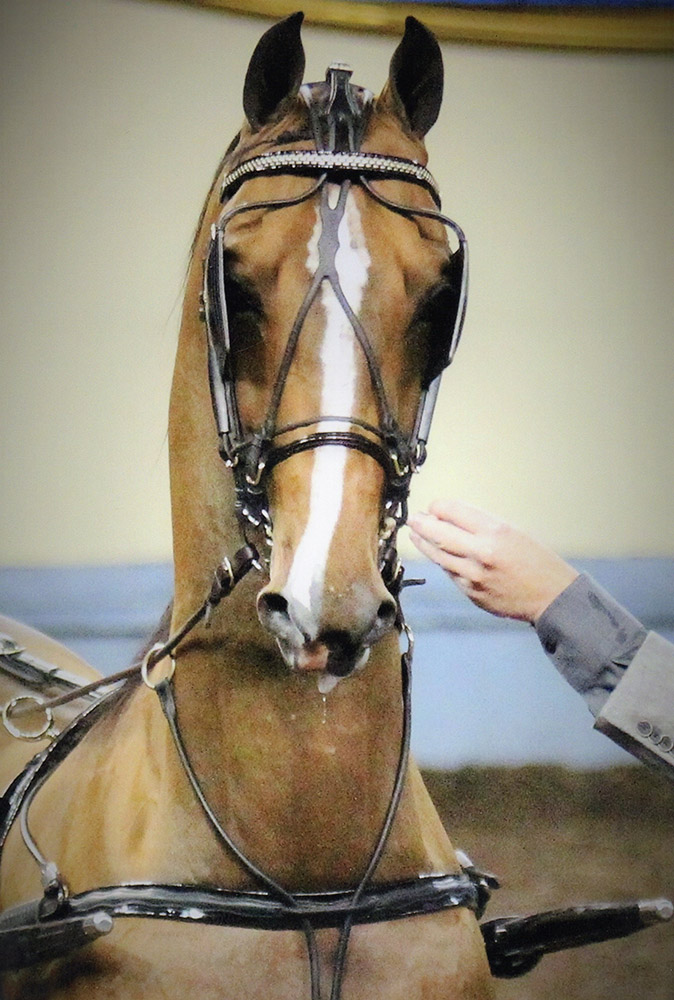 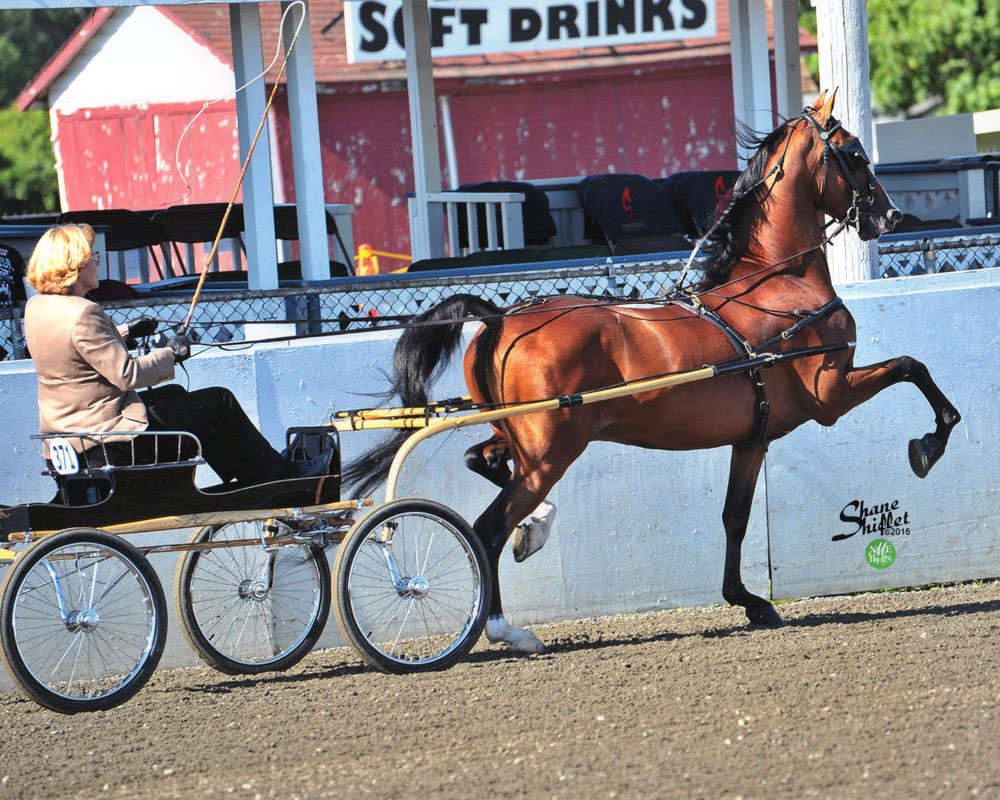 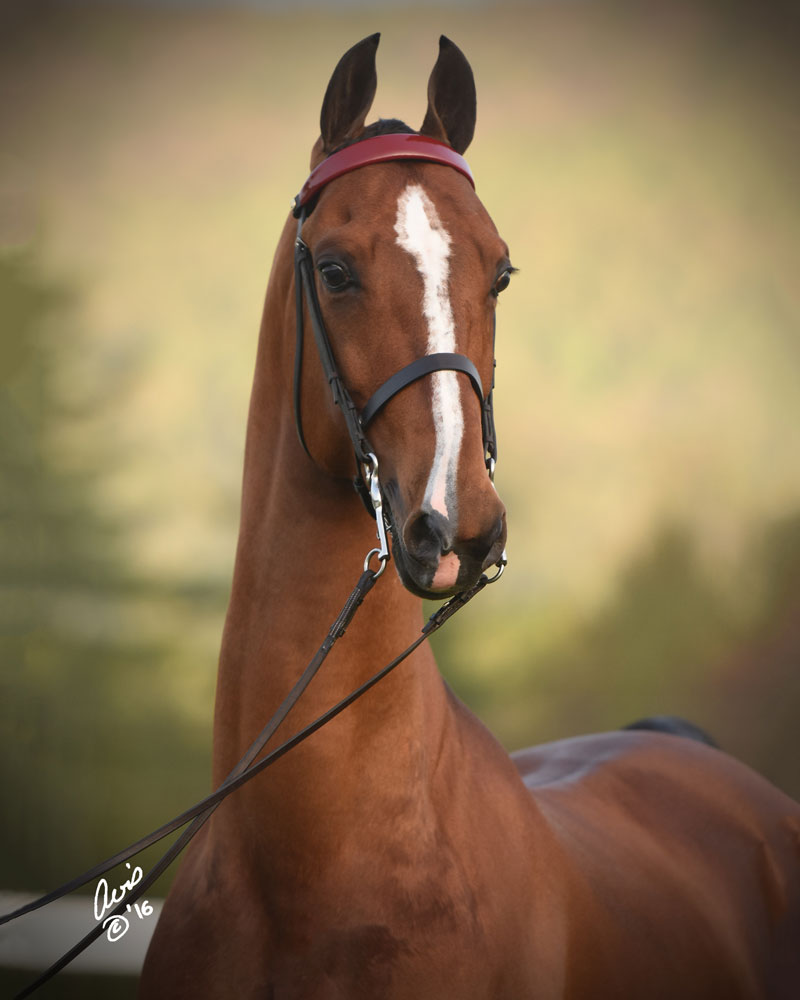 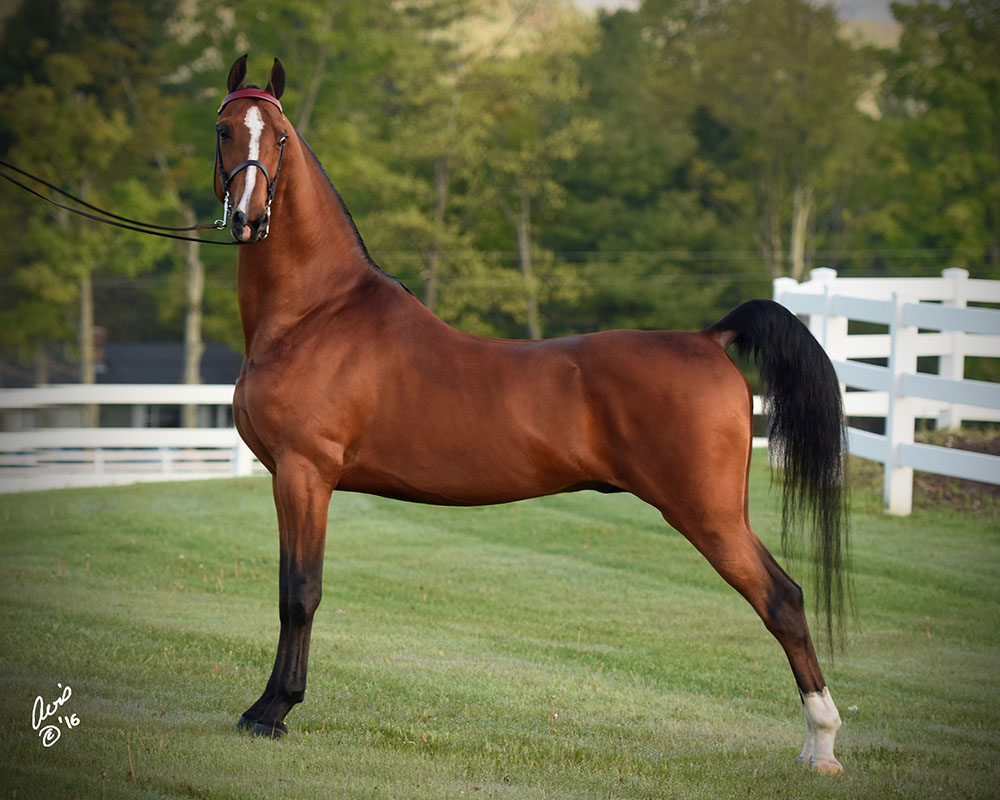 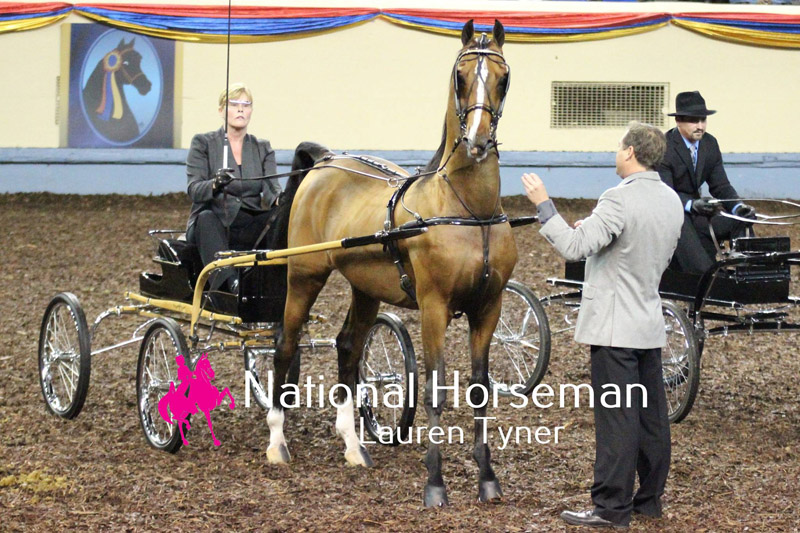 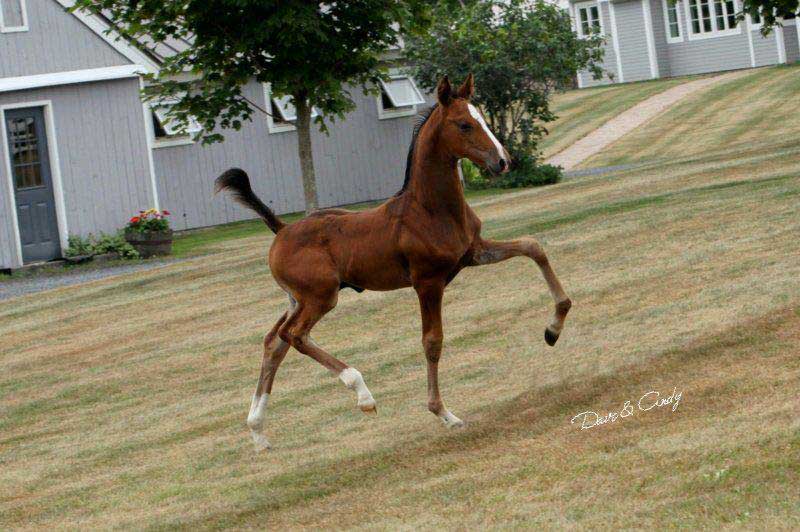 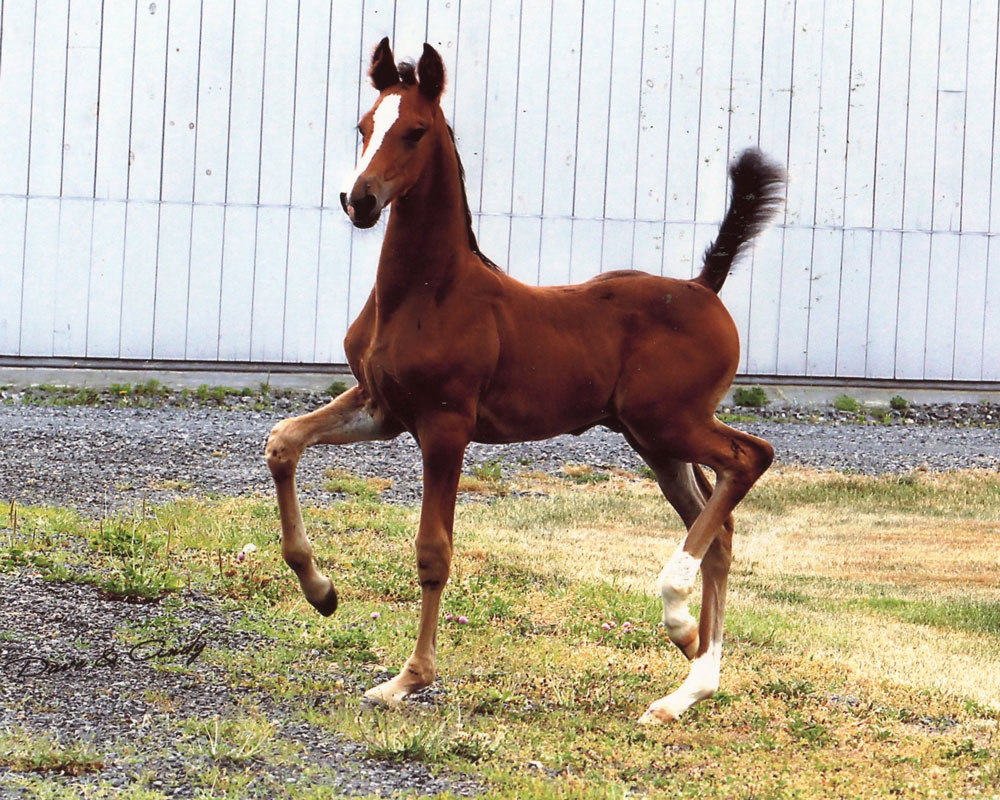